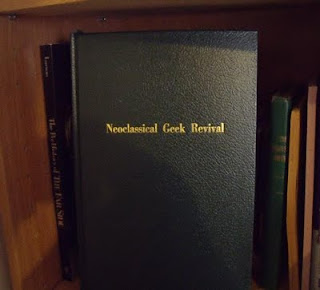 When playing the game quite a few things stand out to me as brilliant:

Luck Points. Luck points are similar to hit points, but can be used to soak up any type of damage. Whether its physical combat damage, suspicion (stealth damage), influence (social "combat" damage), or something completely different (stun damage, for example). Since they all use the same basic pool, there are some interesting choices to be made. Do you use some luck points to avoid taking influence or wait and see if I might need them for a big combat later on? Should I let the guard find me now so I have enough luck points to fight him one-on-one?

Awesome Points. Awesome points are, well, pretty awesome. Basically, you accumulate awesome points over the course of the game by either having a manly beard, cape, 80s hair, or doing thing that involve extra risk purely for the sake of style (drinking the substance in the bubbling cauldron to see what is does instead of taking it to the local alchemist). This rewards players for taking big risks for the sake of fun and making the game more enjoyable for everyone involved. For more information, see THIS post.

Experience Point Rewards. While I'm not so keen on the game's lack of XP for gold, there I do enjoy the rest of the experience point rewards and believe they are a noteworthy edition to any D&D-esque game: Traveling great and dangerous distances, exploring places of legend (anything from El Dorado to a noble's mausoleum), defeating minions, slaying monsters, vanquishing villains (more points if captured alive), as well as puzzles, traps, and riddles. There's too much for me to say in this blog post, but I'll elaborate more if anyone is interested.

Rolling the 2d6. At the end of the game, players that accomplished impressive actions relate to their class(es), such as defeating scary monsters for fighters or winning a social combat for bards, get to roll 2 dice in order to see if their character's personal items improve. Fighters have a chance to gain trademark weaponry (or hat in my character's case) which gives them a +1 or better in combat. Bards may gain henchmen (think Star Trek redshirts). Wizards can improve their talisman for discovering new spells. Rogues get a chance for Lucky Items for completely stealth missions. Cleric have a chance of their some mundane item becoming a relic for completely tasks important to their faith (converting an faith enemy, for example). All this gives characters a good reason to get out there and adventure - it's just something a little more tangible than experience points.

Schrodinger's Character. Finally, I'd like to say something about character creation. In NGR, characters are NOT fully created at the beginning of play. Attribute scores are determined and a few statistics are worked out, but skills and the like are chosen during play as needed. This helps to both speed up character creation and ensures that characters don't pick things that won't be useful within the context of the adventure. Furthermore it help avoid the "my character was a druid and refuses to go in the city - we all need to stay in the wilderness all the time or I'll just sit here and wont have any fun" sort of thing.

All this being said, I wouldn't use NGR as a standalone game. Mana points and feet-like powers aren't really my thing, but if those don't bother you (and even if they do), I highly recommend taking to look at Zzarchov's game or stopping in some Monday on G+ to give the Neoclassical Geek Revival a shot.